About The Program: The Northern Alberta Xtreme (NAX) was launched in 2013 by Jason Stewart. Initially, the program consisted of just one team, the Female Midget Preps. But as the program began to expand, more teams were added to meet the demands at each level. In 2015, the Elite 15s team was added, winning the league title in their first season. The following season would see the launch of the Male Midget Prep team, while the Female Midget Preps would join them in the Canadian Sport School Hockey League (CSSHL). In 2017-18, the Male Bantam Prep team was added, bringing the program to its current status of four teams competing in the CSSHL.

About The Program: Founded in 1999, the Edge School offers training in dance, golf, hockey, soccer, figure skating, basketball, and a flex program for students who would like to pursue a sport other than those currently offered. Edge follows a three-sphere philosophy – academics, athletics and character development of students – which aims to prepare students for either post secondary education or a career in their chosen sport. 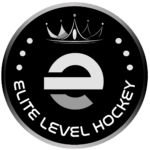 About The Program: The Okanagan Hockey Group was founded by Larry Lund in 1963. The primary focus of the Okanagan Hockey Academy is to promote the long-term development of each of their athletes in the classroom, on the ice, and in the community. Putting young, motivated people in a structured environment, surrounded by a world class staff and support system, they believe allows them to deliver a consistent message and value system. They hold their student athletes accountable on their efforts, attention to detail, and above all their attitude. The Okanagan Hockey Group has expanded its reach in recent years, opening Academies in Edmonton and Whitby, Ont.

About The Program: Offering programs in both Winnipeg and Kelowna, the Rink Hockey Academy provides competition for four teams – U15 Prep, U16 Prep, U18 Prep and U18 Female Prep, all of which compete in the CSSHL. The RHA student-athletes’ school day will be modified to allow maximum time for school and training needs. The teams will travel and compete mostly outside the province at the highest levels on both sides of the border during the full school year. School-board appointed team liaisons ensure players meet minimum standards and academic readiness for post secondary applications and career choices.

About The Program: The Burnaby Winter Club (BWC) was founded on May 29, 1956 as the Burnaby Curling Club and incorporated under the Societies Act of the Province of British Columbia. On April 18, 1958 the Club changed its name to reflect the multi-sport dynamics of the activities at the time. It became the Burnaby Winter Club and its constitution was amended to include hockey and figure skating. Over more recent years, with the success of the Vancouver Canucks, hockey has become the predominant sport at the club.

Subscribe to our monthly digital magazine for the latest news and feature stories from around Minor Hockey.